Code Talkers: How Translation and the Navajo Language Saved WWII

Communication in war, as in multinational business, is critical to connecting disparate players and ensuring streamlined, strategic action.  During World War II (WWII), the US Marine Corps introduced the use of the Navajo language. Important military messages were translated into Navajo as a form of encryption, in case they were intercepted by the enemy’s troops. The other languages the military had used as code were too easy to crack.

Navajo had several distinct linguistic advantages.  Few people in the United States Southwestern region, never mind globally, spoke the language. At the time, it was not a written language, so even a linguistic polymath was unlikely to be able to self-teach from reference materials.  The language itself is complex, with difficult syntax and varied dialects. The chances of a non-Navajo person speaking the language were quite low; there were only an estimated 30 non-Navajo speakers around the world at the beginning of WWII.

200 Navajo soldiers were recruited for the effort. The first group created the actual code, developing a style of communicating that allowed them to transmit a message in 2/3 the time it took a machine to communicate the same.  Many portmanteaus were used in the cases where no Navajo word existed for the comparable object, such as potato to describe a hand grenade and “gofasters” in place of running shoes. In other cases, shortened versions of words were used to simplify and further encode the communication. The code and materials they developed were put into a code book which formed the basis of training for the rest of the Navajo recruits.

In order to protect the integrity of the encryption, the linguists studied these code books in the classroom but they were not allowed out into the field to avoid capture.  A fluent Navajo speaker that had not studied the code book would be unable to decipher what was being said beyond a random series of nouns and verbs.

Navajo code talkers were instrumental in the US Military’s success including in the Battle of Iwo Jima, Japan.  Six code talkers worked side by side with Major Howard Connor, relaying more than 800 messages without error over the course of a non-stop two day period.  They were later recognized for their accuracy and service to the United States.  Navajo was so effective as an encoded language that it remained in use in other theaters of military action including the Korean and Vietnam wars. 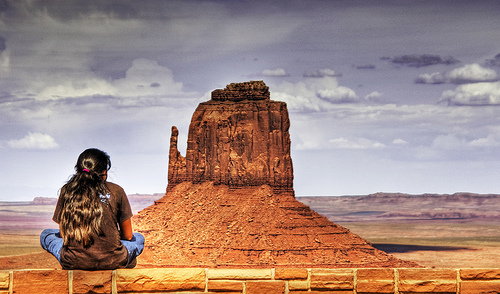 Do you have documents of major strategic importance that require professional translation that is fast and completely accurate?  Contact us today to get started on your project.

We are proud to announce that our agency has been awarded with not one, but two of the prestigious FinancesOnline awards. One Hour Translation scored

Blog
Oct 4, 2016 · 3 min
International Translation Day, And Some Great Writers You Can Only Read in Translation - Part 1

The translation industry is a relatively small one but it’s also a highly competitive one. Basically, do your research on a translation agency prior to making initial contact and it will certainly pay off; perhaps not immediately because there may not be any work available at the time, so just be patient. Your application must stand out above the rest, and by following these simple steps you should have no problem whatsoever in achieving your translation goals.